Sara-ann Kasner, CNCA
Sara-ann Kasner has provided corporate concierge services for multiple Class A office towers throughout the Minneapolis-St. Paul area for over 25 years. In 1996, Where Twin Cities Magazine named Sara-ann “Corporate Concierge of the Year” and in 1997 Sara-ann was given the prestigious Gold Key honors by Minneapolis-St. Paul Magazine. From 1993-1998 Sara-ann was President of the Twin Cities Concierge Association. In 1998 founded the National Concierge Association (NCA), a world-class international networking organization for which Sara-ann continues to serve as Chief Executive Officer (CEO) and official spokesperson. Sara-ann is an NCA Certified Concierge professional.

Over the length of her career, Sara-ann has been actively involved in the community serving on the board of directors for the Great American History Theater in St. Paul, as a committee member for the Greater Minneapolis BOMA annual awards program (BOB) and as a consultant for the 2018 Super Bowl Minneapolis VIP Committee. Sara-ann is regarded an expert on Concierge services and frequently quoted in the Wall Street Journal, the Japan Times, Entrepreneur Magazine, Money Magazine, and “O” (Oprah Winfrey magazine). 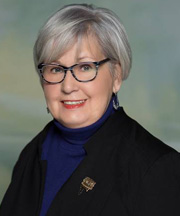 Michael Leonard
Michael Leonard began his career in the financial services industry in January of 1981 at Piper, Jaffray and Hopwood. Currently, Michael serves as the president of the private client group of a local financial services firm. Michael has performed various functions in this industry, including building and supervising a local Fixed Income department and putting together a highly successful training program for one of the local Minneapolis wire houses. Michael is very involved in his community, having spent approximately 10 years serving on various boards for the Wayzata School District. Michael graduated from the University of Minnesota in 1979 with a Bachelor of Science in Business Administration, including a minor in Speech Communications and in Economics. 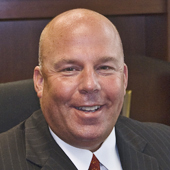